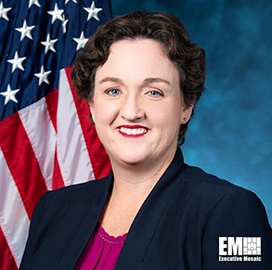 Rep. Katie Porter, D-Calif., has introduced a bill that aims to regulate the authority of federal officials who are holding their roles on an acting basis. The Accountability for Acting Officials Act aims to define the requirements and limits of acting-basis officials who have not yet received Senate confirmation for the role, Porter's office said Friday.