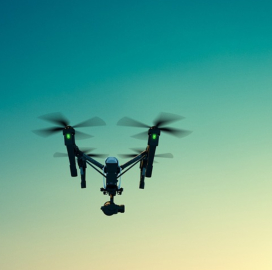 The U.S. Army patented a net-carrying grenade-sized weapon that the service built to catch and deter unmanned aerial systems, C4ISRnet reported Monday. The grenade works in a standard 40mm launcher and features sensors that detect the target before launching the net onto the drones. Initial testing of the tool showed it can effectively engage and stop a UAS threat, according to the patent.