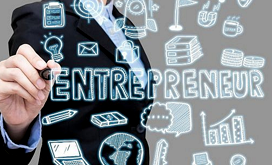 A new Congressional Budget Office (CBO) report says the rate at which new companies formed or entered the market dropped from 10 percent in 1982 to 8 percent in 2018. CBO said in the report published Tuesday that new firms operating for less than five years accounted for 29 percent of all businesses in 2018.