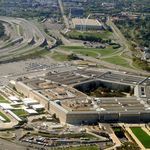 The Department of Defense’s office of inspector general has released a new report to help non-auditors understand the findings of the first departmentwide financial audit in fiscal year 2018. A team of over 1K auditors visited more than 600 DoD sites and evaluated over 90K sample items and found that 13 of the 21 DoD reporting entities received disclaimers of opinion, which means that an auditor fails to obtain sufficient audit evidence on which to base an opinion, according to the report released Tuesday.