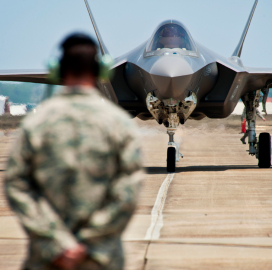 The Department of Defense’s cost estimates for the acquisition of major weapons platforms climbed from $1.92T in 2017 to $2T in 2018 covering 87 programs. According to the annual Selected Acquisition Reports, the total program costs for DoD rose by 4 percent to $624.1B driven by the F-35 program. The total acquisition cost of the program jumped by $15.3B in base year 2012 dollars.

END_OF_DOCUMENT_TOKEN_TO_BE_REPLACED 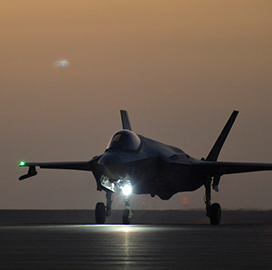 The U.S. Air Force conducted the first combat employment of the F-35A Lightning II aircraft as part of the Combined Joint Task Force – Operation Inherent Resolve in Iraq. The service said Tuesday that two of the fighter jets from Hill Air Force Base, Utah, performed an airstrike targeting a tunnel network and weapons cache controlled by the Islamic State group in the Hamrin Mountains. For the mission, the Air Force equipped the F-35As with a Joint Direct Attack Munition to support the airstrike.

END_OF_DOCUMENT_TOKEN_TO_BE_REPLACED 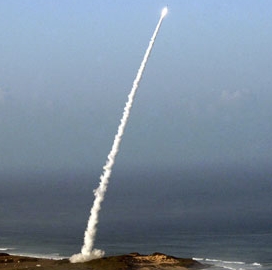 The Defense Department’s cost estimates for the acquisition of major weapons platforms rose from $1.74 trillion to $1.92 trillion in 2017, Defense News reported Tuesday. The figure represents a 10 percent increase from the previous year’s projections, according to the annual Selected Acquisition Reports on 83 major defense procurement initiatives …