January 14, 2021 Executive Moves, News Comments Off on David Norquist to Serve as Acting Secretary of Defense for Biden Administration 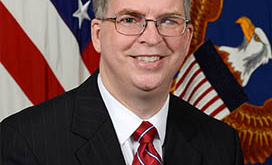 END_OF_DOCUMENT_TOKEN_TO_BE_REPLACED

David Norquist to Take Over as Acting Deputy Defense Secretary

David Norquist, who has served as comptroller at the Department of Defense since 2017, will assume the role of deputy defense secretary on an interim basis, Defense News reported Wednesday. He will take on the responsibilities of Patrick Shanahan, who took over as acting DoD secretary after James Mattis announced his resignation.