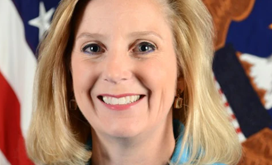 Christine Wormuth, who formerly served as the undersecretary of defense for policy, has been confirmed by the Senate to become the secretary of the U.S. Army. Wormuth ultimately received confirmation on Thursday, after being unconfirmed in the middle of her hearing with the Senate on Wednesday. President Biden nominated Wormuth for the role of Army secretary.