Report: Over 80% of F-35s Return to Flight After Fuel Tube Inspection

October 16, 2018 News Comments Off on Report: Over 80% of F-35s Return to Flight After Fuel Tube Inspection 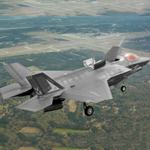 The F-35 joint program office has announced that more than 80 percent of Lockheed Martin-built fighter jets operating in the U.S. and overseas are now approved to recommence flight following the completion of a fuel line inspection, USNI News reported Monday. The F-35 JPO grounded the fighter aircraft on Thursday to facilitate the inspection of a fuel tube within the jet’s engine in response to an ongoing investigation into an F-35B crash that occurred on Sept. 28 near Marine Corps Air Station Beaufort in South Carolina.