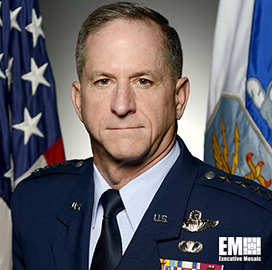 General David Goldfein, Chief of Staff of the U.S. Air Force, discussed the hypersonic weapons program and sixth-generation combat aircraft in an interview Friday with National Defense Magazine. According to Gen. Goldfein, the Air Force is making progress on fielding an operational hypersonic weapon, a weapon that moves at five times the speed of sound, because of the “804 authorities,” an interim approach approved by the U.S. Congress which supports rapid prototyping and rapid fielding of technology within five years of approval.