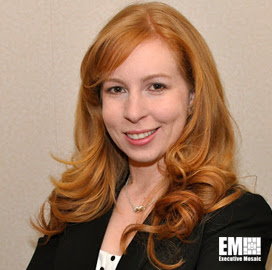 “Having SpaceX’s proven launch success behind us is not only great for us, but it’s great for our customers,” said Masten chief executive officer, Sean Mahoney. “We share a common vision with SpaceX and that makes this more than a partnership. It’s more like a dream team.”

MM1 was developed under collaboration with NASA’s Commercial Lunar Payload Services (CLPS) Project Office. The Masten XL-1 lunar lander is scheduled to touch down on the lunar south pole in 2022, carrying a suite of NASA-sponsored scientific instruments and various payloads from commercial space customers.

“We are thrilled to be launching Masten’s Mission One to the Moon in 2022,” said Stephanie Bednarek, senior director of commercial sales or SpaceX. “SpaceX was founded upon the goal of extending humanity’s reach beyond Earth, and it’s exciting to take part in a mission with many partners who share the same vision.”

NASA selected Masten Space Systems to deliver the administration’s payloads in April 2020. The $75.9 million contract was awarded to Masten under the terms of NASA’s (CLPS). The agency’s initiative has provided opportunities for NASA to order lunar delivery services from commercial providers. In 2018, Masten was one of the first delivery providers that NASA put on its CLPS list.

NASA is working with several American companies to deliver science and technology to the lunar surface through the Commercial Lunar Payload Services (CLPS) initiative. These companies of varying sizes will bid on delivering payloads for NASA, including payload integration and operations, launching from Earth and landing on the surface of the Moon. Under the Artemis program, early commercial delivery missions will perform science experiments, test technologies and demonstrate capabilities to help NASA explore the Moon and prepare for human missions.