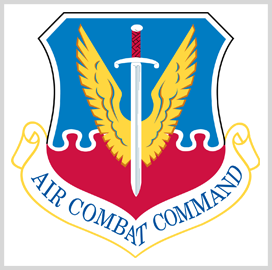 Air Combat Command (ACC) has activated a new unit that will focus on efforts to boost the U.S. military's advantage in the electromagnetic spectrum.

The new SWW will maintain, operate and provide expertise for the Combat Air Forces' EW systems, and help the Air Force revise the service's EW composition in alignment with the National Defense Strategy. Eglin Air Force Base in Florida will temporarily serve as the 350th SWW's location, as the Air Force works to determine a permanent one.

“The activation of the 350th Spectrum Warfare Wing is the latest step the Air Force has taken to maintain our competitive advantage in electromagnetic warfare,” said Maj. Gen. Case Cunningham, commander of the USAF Warfare Center.