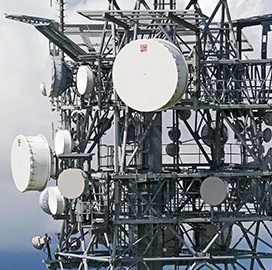 In March, FCC released the covered list that includes telecom and video surveillance equipment from five Chinese companies as part of its compliance with the Secure and Trusted Communications Networks Act of 2019. Sens. Marco Rubio, R-Fla., and Ed Markey, D-Mass., unveiled a similar measure in the Senate in May.

"This legislation will help protect our national security by ensuring that untrustworthy communications equipment is not authorized for use within our borders,” said Jessica Rosenworcel, acting chairwoman of FCC.

“And we're not wasting time–last month, I shared a plan with my colleagues to update the Federal Communications Commission's equipment authorization procedures consistent with this effort,” Rosenworcel added.