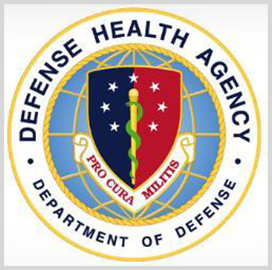 The Defense Health Agency has taken over the policies and processes of various military hospitals and clinics as part of a phased program to reorganize military healthcare facilities.

Seymour Johnson AFB also expects its clinic to operate under the DHA’s leadership in the first phase of the effort, according to Col. Craig Keyes, commander of the 4th Medical Group.

He added that his group is coordinating with the DHA, the Air Force Surgeon General’s team and other sites to implement a standardized healthcare system across the Defense Department.

The transition satisfies a 2017 National Defense Authorization Act provision, which redefines the roles of military medical departments and the DHA, to develop a new system of readiness and healthcare for warfighters.

The DHA is now authorized to address the readiness requirements of military medical personnel and support partnerships with civilian institutions, the Department of Veterans Affairs and other organizations.

Maximus has reported financial results for the fourth quarter and full year, which ended Sept. 30, 2020. for fiscal 2020, revenue increased to $3.46 billion compared to $2.89 billion reported for the same period last year. Maximus reported organic growth of 15.7 percent in fiscal 2020, or 4.6 percent excluding the Census contract.