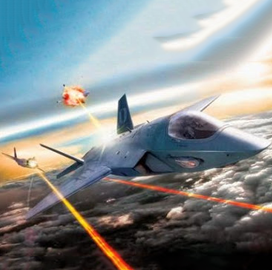 The Department of Defense (DoD) is looking to deploy a modular open system architecture (MOSA) to support the operations of directed-energy weapons such as microwave systems and high-powered lasers, DoD News reported Tuesday.

Chris Behre, head of directed energy and MOSA at the Office of the Undersecretary of Defense for Research and Engineering, told attendees at a Booz Allen Hamilton-sponsored event that MOSA will help quicken the pace of development through the installation of standardized weapons and execution of incremental updates.

According to Ross, the key is to establish a broad set of government program standards and allowing industry to develop their own approaches.

The DoD and Missile Defense Agency (MDA) are working on a draft MOSA strategy that will be available for feedback in the coming months, Behre said.