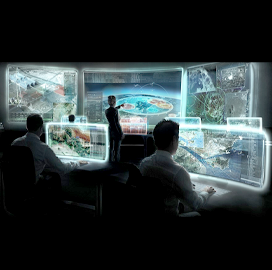 According to Garner, the USMC intends to focus on combat mobility and integrated air and missile defense (IAMD) in line with the National Defense Strategy and  Commandant’s Planning Guidance.

The Marine Corps is working on a small Common Aviation Command and Control (CAC2) System and looking to commence full-rate production for an amphibious combat vehicle after completing initial assessments earlier this month, he added.

Garner noted that the Marine Corps is looking for radar capabilities that will “allow them to be fully integrated into the overall intelligence and sensor plan and picture” for rapid C2 execution. USMC is also planning to field additional next-generation radars in fiscal year 2021, he noted.