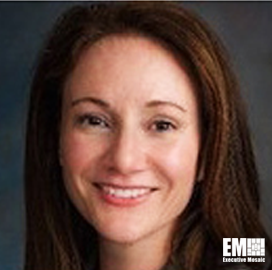 Susie Perez Quinn, formerly director of government relations at the National Governors Association, has joined NASA as chief of staff and she will oversee day-to-day operations at the space agency's Washington, D.C., headquarters.

She succeeds Bhavya Lal, who has held the role on an acting basis since Feb. 2021, and will help NASA Administrator Bill Nelson craft policies and programs in her new position, the agency said Thursday.

Quinn worked on Capitol Hill for 17 years, which included time as chief of staff to Nelson when he was still serving as a senator, and played a key role in the development of bills such as the U.S. Commercial Space Launch Competitiveness Act.

At the National Governors Association, she managed the agenda for the public policy organization's 55 members.

“Susie has served as a dedicated and valuable public servant for almost two decades and her experience in federal, state, and local government will be an asset to NASA,” Nelson said of Quinn.