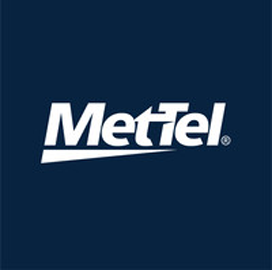 “MetTel will equip the SEC with a forward-looking IPS solution that can facilitate upgrades and enhancements as telecommunications technologies and services evolve and advance,” commented Robert Dapkiewicz, MelTel Federal Programs general manager and SVP.

“Utilizing the MetTel EIS Portal, the SEC will have access to the latest technology to monitor and report performance details in near real-time on the internet services delivered via the MetTel network. The portal will provide improved visibility into operations and service level agreement compliance,” added Dapkiewicz.

The SEC will transition its IPS service to EIS contract providers in accord with Federal Trusted Internet Connections (TIC) directives and as part of its digital transformation. The contract requires MetTel to provide 10 gigabit Ethernet IPS connectivity at the SEC’s second data center.

The selection illustrates that the company’s federal practice is growing. Since last year, MetTel has won contract awards from over a dozen federal organizations totaling over $2 billion in total contract value after all options.

The SEC was created in 1934 during the Great Depression and is tasked with protecting investors, maintaining fair, orderly and efficient markets and facilitating capital formation. The agency comprises 11 regional offices and an IPS network that is fully converged with agency data, voice and video services.