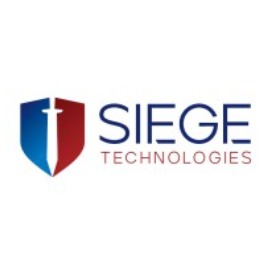 SIEGE Technologies announced on Friday that Tracie Davidson, formerly of the Federal Bureau of Investigation (FBI) has joined the company as its vice president of Contracts.

“Tracie’s seasoned background with Government contracting will serve as a collective arsenal of skills and abilities for SIEGE,” says Alex Clary, principal with Braes Capital. “We are excited to have such an experienced professional join our team!”

With the FBI, Davidson performed as a contract specialist and contracting officer, supporting cybersecurity efforts and protecting national security, for the last 24 years.

Davidson is a graduate of Oregon State University (OSU) where she spent two years in Army ROTC. In addition, she served four years with the Army Signal Corps as a Communications-Electronics Staff Officer.

As an advanced research and development company, SIEGE focuses exclusively on offensive and defensive cybersecurity technologies. Since its inception in 2010, the firm has enjoyed consistent year-over-year growth from a diverse customer base spanning US government agencies and commercial organizations funding research, development and acquisition of advanced information security technologies.