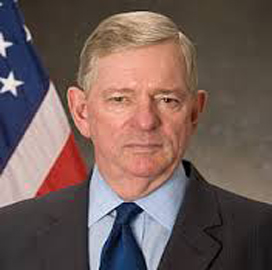 W. Ralph Basham formerly served as commissioner of the Department of Homeland Security’s Customs and Border Protection, the agency tasked with monitoring and securing U.S. borders.

Basham most recently served as director of both the U.S. Secret Service and the Federal Law Enforcement Training Center and as chief of staff of the Transportation Security Administration.

He joined the Secret Service in 1970 as a special agent based in Washington, D.C., and took on higher roles at the agency until elevating to become its director in 2003.

The law enforcement veteran was previously a special agent overseeing the Cleveland Field Office, the Washington Field Office and the Vice Presidential Protective Division and also managed the administrative division of the Office of Administration as assistant director.

In 2002, he was appointed chief of staff at TSA where he was responsible for leading the recruitment of federal security directors to be assigned in 429 airports.

The 1992 and 2000 Meritorious Presidential Rank awardee holds a bachelor’s degree from Southeastern University in Washington, D.C.