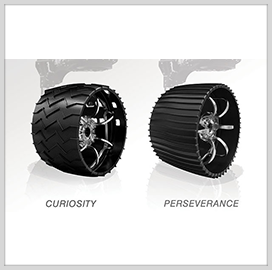 NASA has installed the wheels, air brakes and parachute system of Perseverance, the rover designed to collect samples for the Mars 2020 mission.

The new, mission-tailored wheels are engineered to accommodate the red planet's terrain and build on the ones used by the existing Curiosity rover.

Perseverance's wheels have bigger diameters than those on Curiosity and new tread designs. Jet Propulsion Laboratory tested the new treads and have generated results that show improvement over the previous model in terms of pressure resistance.

The parachute installation took place earlier and ended on March 26 after multiple days of work.

Perseverance is scheduled to launch this year for a mission to study microbial life and geology on the red planet, in preparation for manned exploration under the Artemis program.