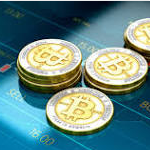 LANL said Thursday the algorithm is meant to identify codes that hack data from supercomputers to mine cryptocurrency forms such as Bitcoin and Monero.

Gopinath Chennupati, a researcher at LANL, said his team developed the AI algorithms in an effort to address recently reported cryptocurrency break-ins in Europe.

“Our deep learning artificial intelligence model is designed to detect the abusive use of supercomputers specifically for the purpose of cryptocurrency mining,” he said.

The LANL researchers’ findings are detailed in the “Code Characterization with Graph Convolutions and Capsule Networks” paper in the IEEE Access journal.