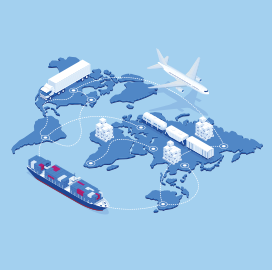 Gallagher, who co-chairs the Cyberspace Solarium Commission (CSC), said at a recent webcast that he considers a National Defense Authorization Act (NDAA) amendment that he co-authored as a “small victory” in prioritizing the procurement of minerals from domestic and allied resources.

Speaking on his recent trip to Western Australia with the seapower committee chairman of the House Armed Services Committee, Gallagher said the U.S. needs to fortify its relationship with Britain, Canada, Australia and New Zealand which previously earmarked significant allocations for rare earths supply.

According to Gallagher, Congress is taking Chinese threats seriously and have had positive developments in driving production in the domestic information and communications technologies supply chains

Sarah Sewall, executive vice president of In-Q-Tel, noted that the CSC made good recommendations in its white paper on securing the U.S. supply chain’s mineral resources.

She noted that the nation needs to avoid transitioning all production processes to onshore operations and “accept the fact that you’re going to still rely on external components in some cases.”

Australia also has a number of skilled experts in quantum computing and the U.S. needs to be more open on coalition efforts to combine expertise, said Sewall.