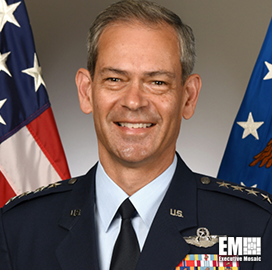 Gen. Kenneth Wilsbach, commander of Pacific Air Forces, said the U.S. Air Force should push for the rapid procurement of the Boeing-built E-7 Wedgetail airborne early warning and control aircraft to replace the service’s aging E-3 Sentry airborne warning and control system fleet and meet the demand for such capabilities in the Indo-Pacific region, The War Zone reported Thursday.

“Air superiority is foundational to most other things that we would want to be able to do in our theater,” he said Wednesday during the Air Force Association’s virtual Aerospace Warfare Symposium. "Because if you don’t have air superiority, then most everything else that you want to do is really held at risk.”

Wilsbach said the future Pacific Air Forces should be equipped with E-7 Wedgetails and the Next Generation Air Dominance combat aircraft to help counter threats posed by China in the Indo-Pacific region.