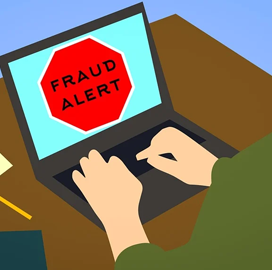 Since the start of the pandemic, federal and local government agencies have become more susceptible to fraud but are lacking the resources to fight the sophisticated criminal activities, a survey conducted by Guidehouse and the Association of Government Accountants indicated.

Based on the findings, 53 percent of the total 308 government professional respondents reported that there was an increased risk for fraud at the onset of the global health crisis, Guidehouse said Tuesday.

Eighty-nine percent of the participants said fraudulent vendor payments are a pain point as most instances of actual fraud frequently happen through security breaches and misrepresentation of information.

The study also found that constraint in resources and talents is the most important challenge in addressing fraud, with more than a third of the respondents saying that they have not yet looked into technology development efforts to combat the threat.

Ellen Zimiles, a partner and financial services segment leader at Guidehouse, said the survey showed the significance of people, processes and technology working in unison to mitigate fraud in government agencies.

She noted that “agencies indicated they have significant resource constraints and may be unable to timely adopt anti-fraud technologies.”