Rear Adm. Lorin Selby Sworn In as Chief of the Office of Naval Research 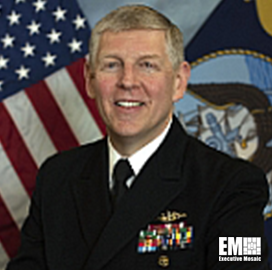 Selby will manage the Department of the Navy's $2 billion budget for naval science and technology efforts as part of his new capacity. He will also assume the role of director for innovation, technology, requirements, test and evaluation.

Prior to his appointment, Selby served shipboard tours aboard USS Connecticut, USS Pogy and USS Puffer. He also led over 17K personnel at the Naval Surface Warfare Center as commander.