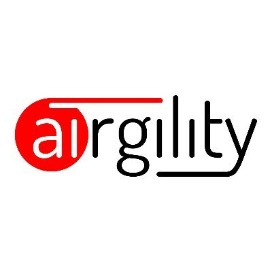 Airgility has developed aerial unmanned systems that can fly anywhere, including areas where there is limited or no GPS access and in confined areas to support the national security and defense missions, the company reported last month.

“When you look at not just 10 years out, or 20 years out, we’re looking to design a future system from the ground up that’ll be fully AI enabled, perhaps, in some farther end of the spectrum in terms of autonomy. We’ll have legacy systems and hybrid systems on the way,” said Col. David Barnes, chief AI ethics officer for the Army AI Task Force, in regards to the future of autonomous vehicles.

The company’s advanced capabilities will enable Airgility to conduct the critical missions which include search and rescue, secure borders and deliver medical supplies to remote areas, among others. Airgility’s drones have leveraged artificial intelligence (AI) and machine learning (ML) to perceive surroundings, which has enabled the vehicle to map areas, track objects and provide analytical feedback in real-time.

Airgility has developed AI-powered aerial robots for public safety, security and defense, and the commercial sector that are capable of both outdoor and indoor autonomous, self-directed flight. The systems have been powered Airgility’s proprietary operating system, aerial robots can operate independently in complex environments.

The company has also begun development of drone platforms that do not rely on human control or GPS information. Airgility’s unique technology is built upon the fusion of multiple redundant sensors, mapping for obstacle avoidance, and autonomous flight.