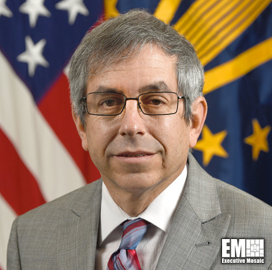 Dr. Mark Lewis, acting deputy undersecretary of defense for research and engineering, and Michael Brown, the director of the Defense Innovation Unit (DIU) recently discussed the Department of Defense (DoD) modernization strategy, including the development and procurement of high priority systems.

The Department's officials stated that artificial intelligence, directed energy, small satellites, hypersonics, 5G network and unmanned aerial systems have the potential to offer a competitive advantage across the battlefield. Lewis said that the DoD has adopted an approach to "accepting risk intelligently."

DoD has supported research and engineering efforts that either result in success or in some measure of success; however, if an experiment fails, it will shed light on the successful creation of a future capability.

Lewis noted that the second strategy of the department is ensuring each of the services and DoD organizations, including the Defense Advanced Research Projects Agency (DARPA), are researching and developing systems that are complementary across the department and are not duplicatied.

The third strategy is partnering with industry and academia on important research or technologies that could benefit the warfighter, as well as allies and partners across the globe. The strategy will benefit the DoD because it will receive a variety of perspectives and viewpoints.

During Potomac Officers Club’s 5th Annual Army Forum on August 27th, notable federal and industry leaders discussed the progress, innovations and accomplishments of the Army’s modernization renaissance over the last year, what challenges remain, and how industry can help in 2021 and beyond.

If you missed the event, you can still register to watch the footage in Potomac Officers Club’s Event Archive.