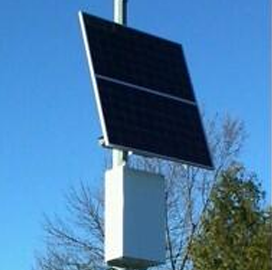 The U.S. Customs and Border Protection has recently received control over a pilot program of a camera platform intended to oversee the border between the U.S. and Canada and prevent illegal activity.

The camera system is resistant to damage from small arms and is powered by solar cells and a backup fuel cell. The pilot’s two Slash CameraPoles are stationed at Swanton Sector, which includes New York, New Hampshire and Vermont. The pilot program was formerly managed by the U.S. Army Corps of Engineers.

The DHS Science and Technology Directorate, the Massachusetts Institute of Technology Lincoln Laboratory and private firms worked together to develop the Slash CameraPole platform that will be used to monitor a 1,349-mile stretch of land known as the ‘Slash.’

The Slash is part of the 5,525-mile-long border between the U.S. and Canada and is under the jurisdiction of the International Boundary Commission.

“Having the Slash CameraPole system up there, watching for illegal activity around the clock, keeps us all safer,” said Jonathan Mcentee, program manager at the DHS S&T.