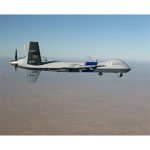 The U.S. Customs and Border Protection has begun the performance tests for the General Atomics-built Predator B unmanned aircraft system at a demonstration set to take place at a civilian airport in Texas.

During the test, CBP will use the drone to conduct border security operations along the Texas border.

CBP’s air and marine operations will fly the UAS above 18,000 feet and employ instrument flight rules.