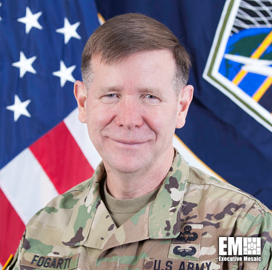 Fogarty and Bryan Sparling, a retired Army colonel who serves as ARCYBER's information warfare transformation adviser, co-wrote the modernization plan published in the summer edition of the Cyber Defense Review.

The multiyear plan consists of three phases and the initial phase seeks to “achieve irreversible momentum toward full-spectrum, integrated IW capability” by mid-2021. These include the relocation of ARCYBER headquarters from Fort Belvoir in Virginia to Fort Gordon in Georgia and the formation of 12 expeditionary cyber teams within the 915th Cyber Warfare Battalion to achieve full operating capability.

Phase 2 will occur between 2021 and 2027 and will focus on experimentation and innovation to address operational challenges posed by emerging technologies. The authors presented their specific plans for the Information Warfare Operations Center, Military Intelligence Brigade and modernization of Network Command, among others.

The third phase will kick off in 2028 and will focus on the deployment of information warfare capabilities in support of multi domain operations. Under this phase, the Army should be able to carry out intelligence and counter-adversary reconnaissance, succeed in unconventional and information warfare and demonstrate credible deterrent.