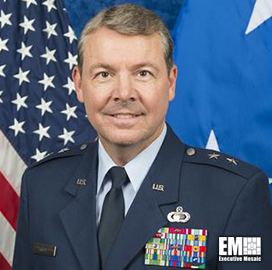 Maj. Gen. Jeffrey Kruse of the U.S. Air Force has been assigned to advise the director of national intelligence on military affairs. Kruse will move from Washington, D.C., to McLean, Va., for his new assignment and will also receive the rank of lieutenant general, the Department of Defense (DoD) said Monday.

Kruse serves as the director of defense intelligence for warfighter support at the Office of the Undersecretary of Defense for Intelligence and Security. The newly appointed DNI adviser joined military service in 1991 and went on to fill various intelligence-related roles in the Air Force.

Most recently, he served as U.S. Indo-Pacific Command's intelligence director, a role he held for three years.