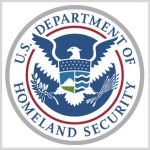 President Donald Trump has signed into law a bill that would form a new cybersecurity agency within the Department of Homeland Security.

The Cybersecurity and Infrastructure Security Agency Act will create a new DHS agency that will “lead the federal government’s civilian response to these cyber threats against our nation,” Trump said in a statement published Friday.

The CISA Act aims to restructure DHS’ national protection and programs directorate into a new government organization composed of three divisions: critical infrastructure, emergency communications and cybersecurity, according to GovTrack.

Trump noted that CISA will work with other government agencies and the private sector to defend U.S. power grids, telecommunications, banks and other infrastructure from cyber threat actors.

The House approved the CISA Act on Tuesday a month after the Senate passed the measure.