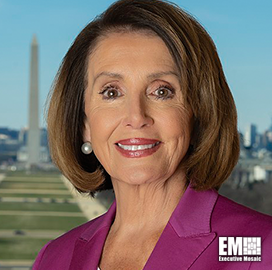 The resolution would ask the president to cease the use of military force against the Middle Eastern country unless Congress authorized it. Pelosi said the House may also consider a repeal of a 2002 authorization used to green-light military actions against Iraq.

Some lawmakers said the classified briefings presented by administration officials, including Defense Secretary and 2019 Wash100 Award recipient Mark Esper and Secretary of State Mike Pompeo, to Congress lacked specific details about the threat posed by Iran.

“Our concerns were not addressed by the president’s insufficient War Powers Act notification and by the administration’s briefing today,” Pelosi said. “The administration must work with the Congress to advance an immediate, effective de-escalatory strategy that prevents further violence.”

The resolution was proposed after Trump’s order to launch an airstrike resulted in the death of Qassem Soleimani, a high-ranking Iranian military official.