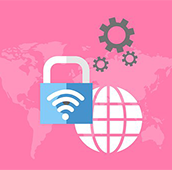 Robert Hembrook, deputy director of operations and network at the Air Force Cyber Command, told the publication in an interview that the Air Force wants to ensure the availability of resources before rolling out zero-trust pilots on a larger scale.

He noted that the 38th Engineering Squadron is developing a reference zero-trust architecture to help inform large-scale implementation.

“Zero trust brings it back down to the essential element of who I am, what the data is, and what do I need to have access to, because there’s a whole lot of information out there that I probably don’t have to have access to, based on my role and my function,” he added.