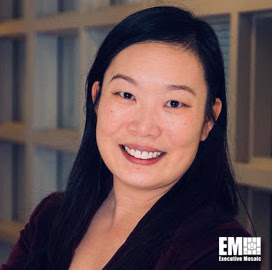 Northrop Grumman has reported that the company will expand its local workforce as aerospace and defense workforce in Utah and has projected that it will fill more than 600 positions, Northrop Grumman announced on Monday.

“We’re on track to actually add a lot more over the next few months, and that trend is expected to continue over the next few years,” said Katie Qian, director of Air Force programs at Northrop Grumman.. “Being a technical company, we are looking for lots of engineers.”

Northrop Grumman’s company wide expansion has been initiated due to new projects that are now under contract. The program has aimed to create jobs through 2075.

“We are building facilities to support these new projects that are coming on,” Qian added. “For example, we just opened a brand-new facility at Hill Air Force Base to support the ground-based strategic deterrent program. (It) is a large program that supports the Air Force.”

Northrop Grumman will also seek to expand its civil contract with NASA on the Space Launch System. With missile defense and other customers expanding right now, the company will be adding support across the board in multiple business sectors.

“We are responsible for designing, manufacturing, testing, sustaining solid rocket motors for various Air Force applications — everything from satellite launch vehicles and missiles for strategic deterrence,” Qian concluded. “We are looking at our teams to staff up in multiple positions and we’re going to be hiring like crazy through the rest of the year.”

Northrop Grumman Corporation (NYSE: NOC) is an American global aerospace and defense technology company. With over 85,000 employees and an annual revenue in excess of $30 billion, it is one of the world's largest weapons manufacturers and military technology providers.