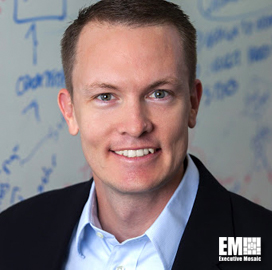 AT&T announced on Thursday that Jason Porter, has been selected to lead the company’s Public Sector business and FirstNet organization.

Originally, Porter assumed the role on an interim basis following Xavier Williams’, a two-time Wash100 Award recipient, departure from the position in Sept. 2020. With this announcement, Porter has formally assumed the role as the leader of AT&T’s Public Sector.

In addition, Porter will continue to lead AT&T’s FirstNet business as he has done since Sept. 2019, which includes developing advanced communications capabilities for our nation’s first responders through the 25-year public-private partnership with the First Responder Network Authority.

Since joining the company in 2002, Porter has held a variety of ascending roles. Most recently, he served as chief data officer and senior vice president of Strategic Planning. He also has an impressive and successful track record of introducing and maturing emerging technologies such as cybersecurity, technology planning and network to better serve AT&T’s customers and transform businesses.

Porter graduated with a bachelor’s degree in Engineering from the United States Military Academy at West Point and earned a Masters of Business Administration from Regis University in 2000. He also served in the U.S. Army as an Armor Officer, leading a Tank Platoon and Mortar Platoon.