Mark Forman: Agencies Should Start With Priority Goals, Evidence-Based Policymaking to Find Funds for IT Modernization 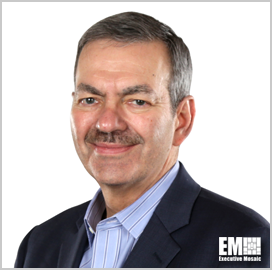 Mark Forman, a federal information technology market veteran and former administrator for e-government and IT at the Office of Management and Budget, said there are ways agency chief information officers can fund IT modernization efforts without seeking congressional funding and one is through agency priority goals, Federal News Network reported Friday.

“And we know, in this next phase of picking up the pieces after the triage that was done immediately after the pandemic, there are going to be gaps and agencies will have to invest in it,” Forman said on FNN’s Ask the CIO.

“Tying that investment — not anecdotes, but specific metrics tied to either the outgoing Trump administration or the incoming Biden administration priority goals — is path one, but it requires clear line of sight to how the investment drives the benefits.”

The former Unisys Federal executive called on agency CIOs to partner with those working on evidence-based policymaking and advance use of their data action plans. Another path agencies could consider to fund IT modernization initiatives is through the 21st Century Integrated Digital Experience Act, he noted.

“We know as a result of this movement to basically the workforce and business processes being online, there needs to be changes in user experience, both inside the government and with the state and local governments,” said Forman, who

“As these delivery processes move online, this is not outside of the CIO, just a piece within the CIO organization. This needs to be a core area that they look at for modernization, leveraging, what is a Circular A-11 for 21st Century IDEA Act.”