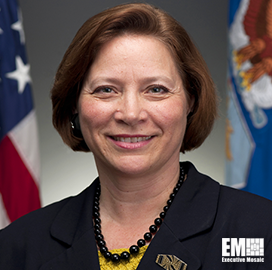 Caral Spangler, a 39-year Department of Defense veteran, has been nominated by President Biden to serve as assistant secretary for financial management and comptroller at the U.S. Army.

The White House on Thursday announced Spangler's nomination along with six other individuals that the President intends to nominate for various key government positions. Spangler received Senior Executive Service promotion in 1997 and served as a career SES member across the U.S. military.

She previously served deputy for budget at the Office of the Assistant Secretary of the Air Force for Financial Management and Comptroller, where she led civilian and military financial leaders in developing and executing funds intended for military missions.

Her civilian service also included roles as director for budget coordination division in the Office of the Assistant Secretary of the Navy; principal deputy assistant secretary of the Army; and assistant deputy commandant for programs and resources at the Marine Corps.