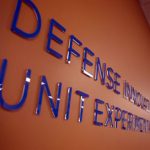 Deputy Defense Secretary Patrick Shanahan has announced the removal of the word “experimental” from the Defense Innovation Unit Experimental in a move to emphasize the organization’s permanence within the Defense Department.

Shanahan wrote in a memo dated Aug. 3 the unit has completed experiments for DoD and helped the department establish its defense force.

“Though DIU will continue to experiment with new ways of delivering capability to the warfighter, the organization itself is no longer an experiment,” he noted.

DoD established the Silicon Valley-based unit in 2015 and opened a second outpost in Boston the following year.

The department provided $1.75 million to fund the unit’s operations during fiscal 2015 and allotted $5 million for the next succeeding fiscal years.