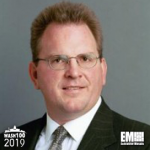 McAleese & Associates reports the U.S. Navy’s Super Hornet aircraft has achieved a mission-capable-rate of 66 percent. By end of 2019, the Navy is confident it will meet Secretary of Defense James Mattis’ mandate of 80 percent mission-capable.

During the recent “Navy/USMC Readiness” hearing, Richard Spencer, secretary of the Navy, shared the same optimism to reach the goal of 80 percent. Spencer revealed an increase of 40 percent in the last two months. In a statement for the hearing, the panel declared business process reform to be a top priority for civilian, military leadership and is a continuous learning enterprise.

“We’ve embraced lessons from commercial airline heavy-maintenance practices and their data-driven approach to improve naval aviation’s maintenance processes,” Spencer said. “This will be the foundation of the Navy Sustainment System. Fleet Readiness Centers are an example of this kind of partnership, focused on reducing a significant backlog in aviation component repair parts.”

John Pendleton, director of the U.S. Government Accountability Office, didn’t express the same confidence that the Navy could reach Sec. Mattis’ objective of 80 percent. He said sustaining F-35 planes and reaching this benchmark would be “difficult to achieve.” However, Pendleton reiterated that everyone is working towards the same objective.