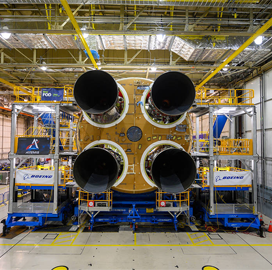 NASA, along with teams from Boeing and Aerojet Rocketdyne, completed integration of RS-25 engines with the core stage of the agency’s Space Launch System ahead of the Artemis I mission to the moon.