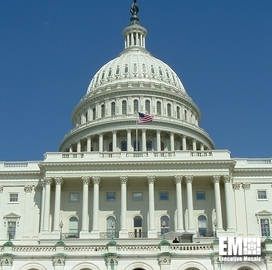 U.S. senators voted 84-9 Thursday to pass a minibus spending package that allocates a fiscal year 2020 budget of $22.75B for NASA, SpaceNews reported Friday.

The four-bill appropriations measure would also fund several other agencies including the National Oceanic and Atmospheric Administration, the Department of Agriculture and the National Science Foundation.

NASA would get $784M to finance aeronautics research efforts such as work at the Glenn Research Center and another $1.4B to support the Orion project, according to a press release posted by the office of Sen. Sherrod Brown, D-Ohio.

“While I am pleased the Senate has finally passed a package of appropriations bills, we face a pressing deadline of Nov. 21 and are still far behind in completing an orderly appropriations process,” said House Appropriations Committee Chair Nita Lowey, D-N.Y.

SpaceNews reports that a lack of consensus on spending allocations across 12 bills could hinder reconciliation of the upper chamber's legislation containing the NASA budget with that of the House's version of the bill, which proposes a $22.31B budget for the space agency.

The report added extending a continuing resolution would affect the procurement of lunar lander platforms under the Artemis program.