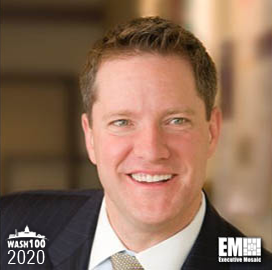 After five months of debate amongst the most notable leaders of consequence in the government contracting (GovCon) sector, the seventh annual Wash100 Popular Vote Rankings closed on June 1st. Scott McIntyre, CEO of Guidehouse, has secured first place in this year’s rankings, which is a jump from his previous ranking in the 2019 Wash100 Award where he finished in 92nd place.

“Leadership, Innovation, Reliability, Achievement and Vision are the qualities of our leaders within the GovCon sector. After our announcement of the top Wash100, the ‘wisdom of the crowd’ has selected their favorite top 10 for 2020,” said Jim Garrettson, founder and CEO of Executive Mosaic.

McIntyre’s made great efforts to expand the company through acquisitions and supervised contracts to grow Guidehouse’s revenue. In March 2020, Guidehouse was awarded a position on a blanket purchase agreement (BPA) to provide the Government National Mortgage Association (Ginnie Mae) with information technology software development services to modernize its securitization platform.

Here are the official top ten results of the 2020 Wash100 Popular Vote: 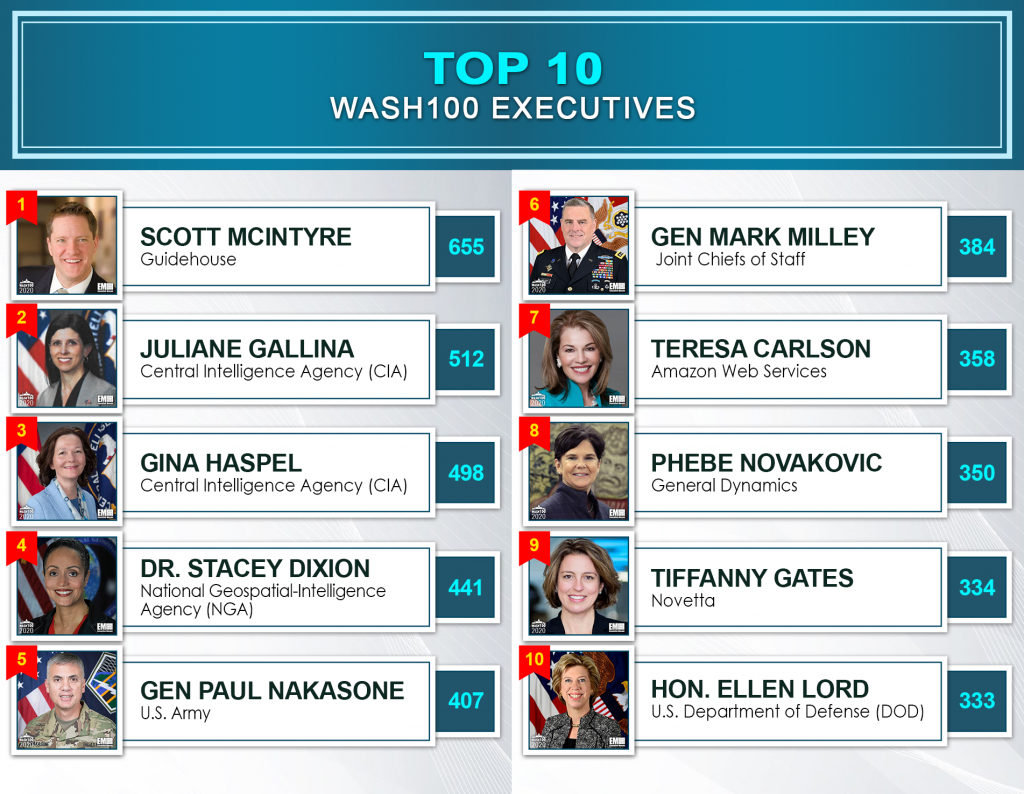 In addition to McIntyre’s win, major improvements were made by multiple-time awardees. the Director of the Central Intelligence Agency (CIA) Gina Haspel took third place in the 2020 Wash100 Popular Rankings. This year marks Haspel’s second nomination to the Wash100 Awards. In 2019, Haspel fell in tenth place, moving a total of eight spots in the 2020 Wash100 rankings.

Also making major moves in the 2020 Wash100 Popular Vote Rankings, Gen. Mark Milley with the Joint Chiefs of Staff secured sixth place the is year, moving over 15 spots from his position in the 2019 rankings.

Four-time Wash100 recipient, Paul Nakasone of the U.S. Army improved in the rankings by 12 spots, moving from 17th place in 2019 to 5th place in 2020. Teresa Carlson, with Amazon Web Services, scaled two spots since her 2019 ranking, moving from ninth to seventh place.

Phebe Novakovic, chairman and CEO of General Dynamics and six-time Wash100 awardee, made major progress in the 2020 Wash100 Popular Vote. This year, Novakovic improved drastically, propelling over 30 positions since last year’s rankings. Ellen Lord, with the Department of Defense, followed closely behind Novakovic, cementing her spot in tenth place. Since the 2019 Wash100 Popular Rankings, Lord moved over 30 places this year.

“Thank you to all the voters for your exceptional participation in this year’s selection,” Garrettson concluded.