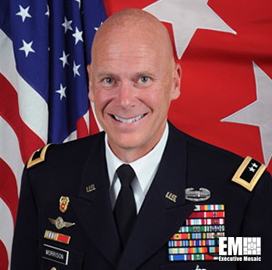 His nomination comes as the Army restructures its chief information office and splits the old CIO/G-6 role into two. Morrison's potential role will tackle the Army's network communication challenges and his counterpart, the CIO, will advise the Army secretary on information-related matters.

Morrison began his duties as USCYBERCOM chief of staff in June 2019. The officer joined the military in 1986 and went on to serve in various operations such as those in Saudi Arabia and Germany. He also served as U.S. Army Center of Excellence's commanding general.