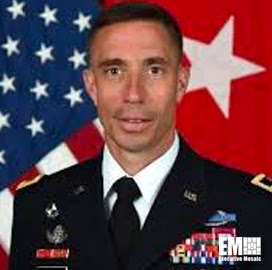 BG Paul Stanton has been appointed to serve as the deputy commanding general of operations for U.S. Army Cyber Command, the Department of Defense (DoD) reported on Thursday. In his new role with Army Cyber Command, Stanton will support the agency’s missions and intitatives under division’s chief, Lt. Gen. Stephen Fogarty.

Prior to his position with the Cyber Command, Stanton commanded the U.S. Army Cyber Protection Brigade, where he was responsible to train, man, equip and employ the Army’s Cyber Protection Teams in the global defense of the nation’s, Army’s and Geographic Combatant Commander’s cyber priorities.

Stanton also helped the unit mature and onboard cloud computing systems such as the Big Data Platform, Unified Platform and planning tools such as Project IKE. BG Stanton was commissioned as a U.S. Army officer in the infantry upon graduating with a Bachelor of Science degree in computer science from the United States Military Academy in 1995.

In 2012, BG Stanton transitioned to support cyber operations, serving as the Army Cyber Command senior technical advisor. In this capacity, he worked to develop the concept for employing Big Data technologies in support of network operations and cyber defense.

Stanton has also served as the deputy director of the Capabilities Development Group for the U.S. Cyber Command (USCYBERCOM), where he led efforts associated with the Unified Platform and data analytics. Stanton transitioned to become a cyber officer (CY17) in 2015.

If you missed the event, check out Potomac Officers Club’s Event Archive to watch the 5th Annual 2020 Army Forum as well as all recent POC events of 2020. Click here to find all of POC’s recent events.