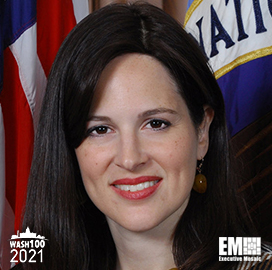 Anne Neuberger, deputy national security adviser for cyber and emerging technology and a 2021 Wash100 Award winner, said the White House is working on an executive order in response to the SolarWinds cyber breach, Nextgov reported Wednesday.

“We're also working on close to about a dozen things—likely eight will pass—that’ll be part of an upcoming executive action to address the gaps we've identified in our review of this incident,” Neuberger said during a White House briefing.

She cited the need to address challenges to achieving greater visibility amid the hacking campaign.

Neuberger said the cyber incident impacted approximately 100 companies and nine federal agencies, but the campaign could be much more extensive because about 18,000 entities downloaded the malicious SolarWinds updates on their networks.