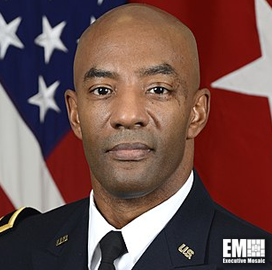 JCO will downselect a low-collateral effects interceptor that could be purchased by all services through a contract, National Defense reported Monday. JCO plans to pick an initial capability by fiscal year 2022 for procurement and deployment.

“Ultimately, our goal is to align existing and future counter-UAS solutions to best address warfighter needs while applying more resources effectively,” Gainey said. “We don’t see the counter-UAS problem set as one enduring solution, we see it as a range of capabilities integrated into a common … [command-and-control system] that gives you the ability to address threats across the range of threats out there, and have the ability to keep up with the pace of” evolving challenges.

He added that his office is testing directed energy capabilities against unmanned platforms.

“We have high-energy lasers that have proven successful in the contingency environment,” Gainey noted. “We’re building off of that capability to where you will see high-energy lasers integrated into our architecture — some of them are integrated now — and it is a matter of scaling it up to the ultimate scale that we want.”

In January, the Department of Defense (DoD) unveiled a strategy to establish a framework for addressing and countering small UAS. Ready the Force, Defend the Force and Build the Team are the DoD Counter-sUAS Strategy’s three lines of effort.