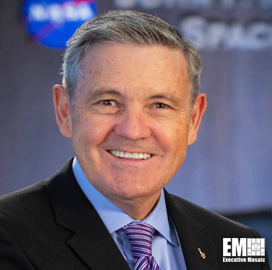 Robert Cabana, director of NASA’s Kennedy Space Center in Florida, has been promoted to serve as associate administrator of the space agency starting May 17 following Steve Jurczyk’s retirement from the position.

The agency said Cabana has led KSC operations since 2008 and oversees spaceport activities, including agency-contractor teams that participate in the Commercial Crew Program.

“Bob has a relentless determination to expand America’s role in space. Under his leadership, Kennedy has emerged as a modern, world-class multi-user spaceport, partnering with commercial customers and supporting NASA’s science and human exploration missions,” said NASA Administrator Bill Nelson.

Cabana, a graduate of the U.S. Naval Academy with a degree in mathematics, accomplished his Naval Flight Officer training in Pensacola a year after his graduation. In 1976, he was appointed as a naval aviator and logged over 7,000 flight hours with 50 different aircraft.

Jurczyk is due to retire from NASA on Friday after a 32-year career, while KSC Deputy Director Janet Petro will serve as the center’s acting director when Cabana transitions to his new role.