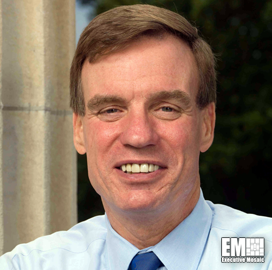 He told attendees at a U.S. Chamber of Commerce-hosted virtual forum last week that a lack of consensus on breach reporting procedures has prevented lawmakers from establishing comprehensive legislation to increase data sharing between the government and industry.

Warner, a three-time Wash100 Award recipient, cited the SolarWinds hack as an example of how a sophisticated cyber adversary could launch attacks on any entity and the challenge of addressing the threat.

“That doesn’t mean we should move away from good cyber hygiene, but it does mean any sole entity on its own, no matter how good their firewalls may be, it is hard to provide 100% assurance of protection," the Senate Intelligence Committee chairman added.