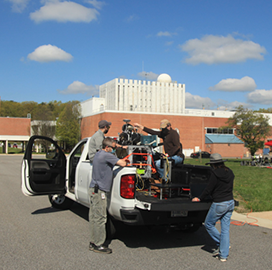 The HDL operated from a metal rig on a pickup truck and collected 3D images of buildings while traveling at various speeds and angles.

"It can collect 16 million data points in just two seconds, and each range measurement is accurate to about one centimeter,” said Ron Sostaric, SPLICE project manager, said about the HDL prototype.